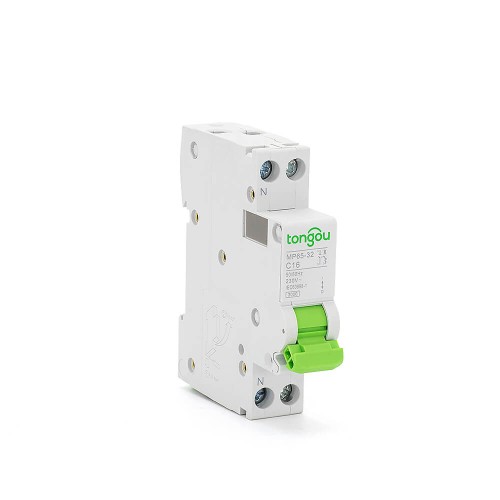 MCB refers to the switch device that can close, carry and break the current under normal circuit conditions, and can turn on, carry and break the current under abnormal circuit conditions within a specified time. MCB can be divided into the high-voltage circuit breakers and low-voltage circuit breakers according to its application scope. The boundary between high and low-voltage is relatively vague. Generally, that above 3KV is called high-voltage electrical appliances.

MCB can be used to distribute electric energy, start asynchronous motor infrequently, and protect power line and motor. When they have serious overload, short circuits and under-voltage fault, they can cut off the circuit automatically. Its function is equivalent to the combination of fuse switch and over/under heat relay. Moreover, it is not necessary to change the parts after breaking the fault current. At present, it has been widely used.

MCB is one of the most widely used terminal protection appliances in building electrical terminal distribution equipment. It is used for short circuit, overload and over-voltage protection of single-phase and three-phase under 125A. It includes monopole 1p, 2p, 3P and 4P.

In the generation, transmission and use of electricity, power distribution is an extremely important link. The distribution system includes transformers and various high and low voltage electrical equipment. Low voltage circuit breaker is a kind of electrical appliance with a large amount and wide range.