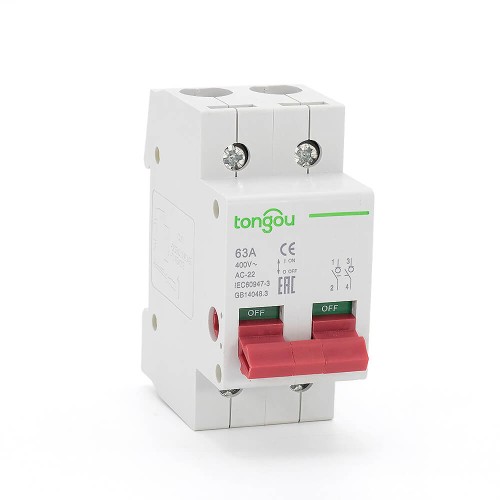 What is Disconnector Switch

Disconnector (commonly known as “knife switch”), generally refers to the high-voltage disconnector, that is, the disconnector with rated voltage of 1kv or above. Disconnector is one of the most widely used high-voltage switchgear, its working principle and structure are relatively simple. However, due to the large usage and high-reliability requirements, the disconnector has a great influence on the design, establishment and safe operation of substation and power plants.

The main feature of the disconnector is that it has no arc extinguishing ability and can only open and close the circuit without a load current. Disconnectors are used at all levels of voltage to change circuit connections or to isolate lines or equipment from the power supply. It has no current breaking capacity, so it can only be operated after the line is disconnected by other equipment. Generally, the disconnector is equipped with an interlock device to prevent misoperation when the switch is under load. Sometimes a pin is needed to prevent the switch from breaking under the action of the magnetic force of large fault.